Christopher is best known as the most subscribed brass musician on YouTube. He’s a trombonist, arranger, and marketing consultant based outside of NYC.

If you could speak to your 14 year old self, what advice would you give them?


Just figure out what you want to do today and spend all of your time on that. What it is will change tomorrow, but you'll never regret time spent being passionate.

As a brass megastar, do you often get recognised in public?
I do get stopped on the street and in airports, grocery stores, and once hiking in the middle of the woods. It no longer catches me off guard, which is itself strange, but what's really funny is when someone who doesn't know me comes up to ask me if I have the time and I'm ready to take a picture with them or sign an autograph. Honestly it has really just made me friendlier to strangers!

If you weren't doing this, what do you think you would be doing?
If I weren't doing this, I'd likely be a music educator, Broadway musician, advertising psychologist, or computer scientist. I really combined all of my passions into the crazy thing I ended up doing.

Christopher is best known as the most subscribed brass musician on YouTube. He’s a trombonist, arranger, and marketing consultant based outside of NYC.

His YouTube Channel of all-trombone arrangements of popular songs has been gaining popularity since the spring of 2014 when a cover of Pharrell Williams’ “Happy” where Christopher uses a looping station to compose the song on the spot went viral. His videos have since amassed over 60 million views and a following of over 280,000 subscribers. 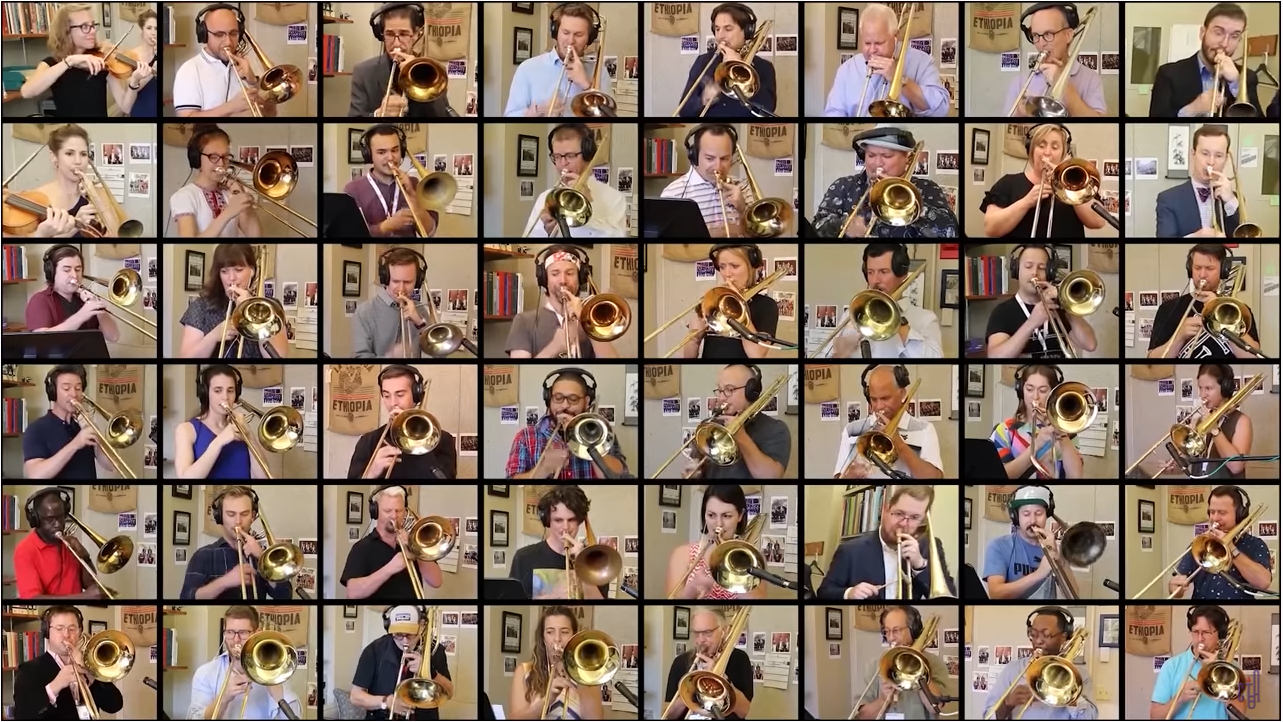