I really enjoy Beaumont’s aesthetic. Their unique products always catch the eyes of my colleagues and start up great conversations!

A fiery, passionate performer who leaves everything on the stage, Drew Alexander Forde (aka That Viola Kid) gives his all to audiences.

If you could have any superhero power, what power would it be and why?
I would love the power to generate and manipulate the full electromagnetic spectrum. It would give me a whole host of possible powers like flying, invisibility, traveling at the speed of light, controlling metal and electricity, etc. It just seems like it could be so interesting and powerful.

What was the last book you read?
I just finished reading J.L. Collins’ book, “The Simple Path to Wealth.” It’s an amazing first book that covers an easy-to-follow method of accumulating wealth over the course of one’s career! I highly recommend it to anyone who wants to learn the basics of investing and tax-advantaged accounts (from a USA perspective).

If you hadn’t become a musician, what would you think you’d be doing right now?
I’d probably be pursuing a career in streaming video games and starting my own businesses.

After starting the viola at the late age of 12, Drew went on to solo with the Atlanta Symphony Orchestra during his senior year of high school. Soon after acquiring his Bachelors in Viola Performance at the Robert McDuffie Center for Strings at Mercer University, Drew went on to finish his musical studies at The Juilliard School, obtaining a Masters in Music.

Since receiving his Masters from Juilliard, Drew has performed chamber music concerts throughout the United States with the Sphinx Virtuosi. On a recent tour to southeastern Asia, he gave numerous masterclasses throughout Singapore and Malaysia, culminating in an acclaimed performance in Singapore’s iconic Victoria Hall. After experiencing many different cultures, Drew has felt compelled to pursue the connectivity of different genres of music. This interest led to the opportunity to work with the eccentric rapper Mac Miller alongside Ariana Grande, Cee Lo, and Kendrick Lamar on the album The Divine Feminine.

Drew has also collaborated with the critically acclaimed Nathan Chan, and their first Pop music cover, “Hello” by Adele, is available on iTunes, Amazon Music, and Pandora. 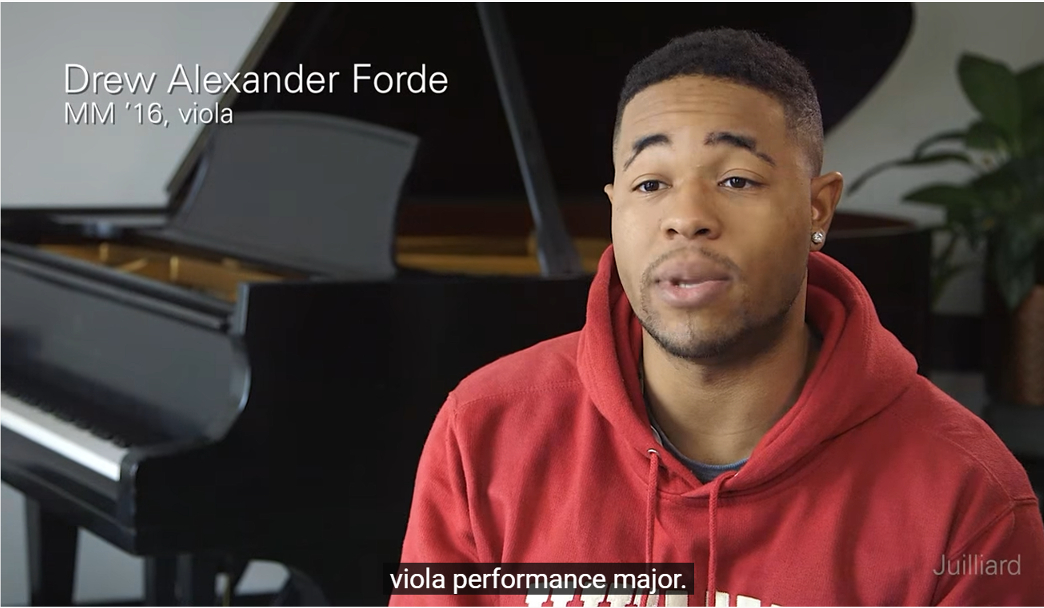